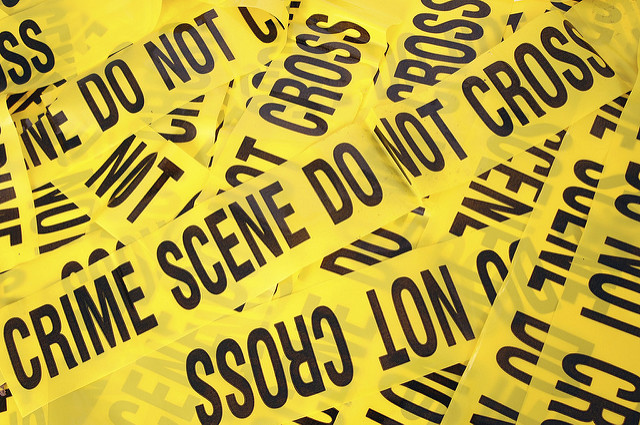 Hispanic and Black populations have a higher risk of becoming victims of race- or ethnicity- motivated violent hate crimes compared to non-Hispanic Whites (Whites), according to a new study from the University of Washington (UW) that looked at the risk and health impacts of these types of crimes.

Model estimates of victimization for Blacks ranged from 30 to 40 percent higher, and 10 to 60 percent higher for Hispanics. These crimes against Blacks tended to be more violent, usually involving a weapon or firearm, and resulted in higher rates of injuries and medical care compared to other races and ethnic groups.

Furthermore, the downstream effects of these crimes, such as emotional injury and psychological trauma, have a bigger impact on Black victims’ personal life, work or school over time. The study found that nearly 40 percent of Blacks reported difficulties at school or work after the hate crime juxtaposed to 21.5 percent of White and 11.7 percent of Hispanic victims.

“The society we live in has a bias that disenfranchises minorities and people of color,” said Robert Tessler M.D., M.P.H., who led this study as a Master’s student in the UW Department of Epidemiology and a fellow at HIPRC. “This study provides some objective data supporting that claim.”

Researchers at the UW School of Public Health and the Harborview Injury Prevention & Research Center (HIPRC) used data between 2003 and 2015 from the National Crime Victimization Survey (NCVS), which collects annual information on personal and household violent and property victimization and its consequences. The study was published in the Journal of Interpersonal Violence on December 17.

Tessler used the Department of Justice definition of hate crimes for this study, which are “acts of physical harm and specific criminal threats motivated by animus based on race, color, national origin, religion, gender, sexual orientation, gender identity, or disability.” When looking at hate crimes motivated by factors other than race and ethnicity, such as sexual orientation and gender identity, the incidence rates were about the same for each race or ethnicity group. The study did not examine these other bias-motivated crimes individually.

The majority of victims reported the offender as someone from another race. While the rate of hate crimes has remained stagnant over the years, this study suggests that hate crimes against Blacks may be on the rise.

Data from the Department of Justice Statistics asserts that more than 80 percent of violent hate crimes, both fatal and non-fatal, are motivated by race or ethnicity. In one past study looking at NCVS data between 2011 and 2015, Whites represented more than half of all non-fatal violent hate crimes motivated by factors such as sexual orientation, religion, gender, and race.

However, when looking at non-fatal violent hate crimes motivated by race or ethnicity, the risk is higher for Blacks and Hispanics and the consequences of these incidents have ripple effects into their personal lives, work, and communities.

Tessler suggests these finding might be evidence of racial theory in action. The theory states that as minority populations continue to grow and gain more influence and visibility socially, economically and culturally, majority populations respond with actions to suppress minorities into submission.

Inequities in the American social structure and their impact on health outcomes for people of color and their communities have long been documented in public health research. This study provides additional information toward public health researchers’ understanding of the “complex interactions between social structures, individual risks, identity, and legal frameworks.”

Tessler says more research is needed in order to look further into the complex interactions between violence, health, and race/ethnicity. Currently, available data mostly highlights existing disparities. Next steps must include data-driven approaches to promoting minority community empowerment, as well as acknowledgement and action within privileged communities towards overcoming race and ethnicity-based violence.

“To move the needle on race- or ethnicity-motivated crime must not be placed on minority community themselves,” Tessler said. “Most of this work needs to come from individuals and groups with privilege. Relatively few people actually perpetrate these crimes, however, it’s important to remember that violent victimization comes at the end of a long road of societal inequity that many of us take part in, whether we like it or not. The upstream work to dismantle those structures will center around disrupting that environment.”

Contributing authors of the study were Lynn Langton from the U.S. Department of Justice; HIPRC core member Frederick Rivara, professor and vice chair of Academic Affairs at the UW Department of Pediatrics; HIPRC Director Monica Vavilala, UW professor of Anesthesiology and Pediatrics and director of HIPRC, and Violence Prevention section lead Ali Rowhani-Rahbar, the Bartley Dobb Professor for the Study and Prevention of Violence and associate professor at the UW Department of Epidemiology. Rivara and Rowhani-Rahbar are both core faculty members at HIPRC. Robert Tessler is a general surgery resident at the University of Pittsburgh.

Release originally posted by the UW Department of Epidemiology