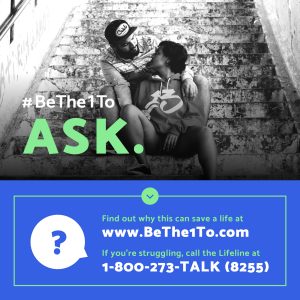 While these questions may feel uncomfortable, suicide prevention experts agree that they are an effective way to put someone on the path to help.

Asking the question directly gives the other person permission to tell the potentially deadly secret they’ve been keeping, says Christopher DeCou, Ph.D., a T-32 research fellow at Harborview Injury Prevention and Research Center who specializes in studying suicidology. Asking the question opens the door to talk and get connected with healthcare services.

Research also indicates that asking someone about suicide does not increase their risk of having suicidal thoughts or attempting suicide. A meta-analysis coauthored by DeCou supports these findings.

Published in July in The Official Journal of the American Association of Suicidology, “On the Iatrogenic Risk of assessing Suicidality: A Meta-Analysis” combines and analyzes a pool of studies to examine the relationship between suicide assessment and negative outcomes.

Their analysis confirmed what individual studies have indicated – contrary to popular belief, asking someone about suicide does not make them more likely to think about suicide or engage in suicidal behavior. The authors wrote that their findings support calls for universal suicide screening among healthcare providers and indicate that such assessments are not harmful to patients.

According to the National Suicide Prevention Lifeline Warning Signs,  someone might be considering suicide if they are:

If someone might be having suicidal thoughts, asking them about suicide opens the door to a conversation, helps identify the next steps to take, and doesn’t appear to cause harm.

To learn more about how you can help prevent suicide, visit HIPRC’s The Pacific Northwest Suicide Prevention Resource Center or the Bethe1To Campaign.