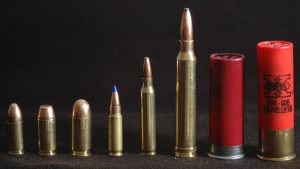 Among industrialized countries, terrorist attacks involving firearms are associated with more fatalities, and the United States has the highest proportion of this type of attack, a new study by researchers at Harborview Injury Prevention and Research Center indicates.

Researchers examined information from The Global Terrorism Database, which defines a terrorist attack as “use of illegal force and violence by a non-state actor to attain a political, economic, religious, or social goal through fear, coercion, or intimidation.” The authors searched in high-income countries including the United States, Canada, Australia, New Zealand, and in Western Europe, and compared the proportion of terrorist attacks involving firearms among those nations with 10 or more attacks between 2002 and 2016.

The research letter “Use of Firearms in Terrorist Attacks: Differences Between the United States, Canada, Europe, Australia, and New Zealand,” published online today by JAMA Internal Medicine, found that the U.S. had the highest proportion of terrorist attacks involving firearms among the countries compared – just over 20 percent of 329 recorded attacks.

In the study population, firearms accounted for about 55 percent of fatalities in terrorist attacks captured by the GTD, even though guns were used in less than 10 percent of events. Attacks involving more common weapons such as explosives, incendiary weapons and vehicles or melee weapons had fewer fatalities than attacks involving firearms.

Mass shootings where the shooter’s motivation did not fall under the database’s definition of terrorism or where the motivation is unknown, such as is currently the case for the Oct. 1 shooting in Las Vegas that killed 58, were not included in the study.

A global dataset on mass shootings in general does not currently exist, but lead author and HIPRC postdoctoral research fellow Robert Tessler, M.D., said the study adds to a growing body of literature showing that the landscape of firearms and gun deaths is different in the United States than in other comparable countries in the world.

“While this study does not shed light onto why there is a difference in the United States, it would appear that those who seek to inflict harm on a large scale choose to use guns here more commonly than in other similar places,” he said.

He calls the study, which was published as a research letter, “exploratory,” and the short paper does not seek to explain the causes of firearm patterns in the United States.  However, the paper concludes that these statistics should be taken into account in policies and legislative efforts to protect citizens from terrorism.