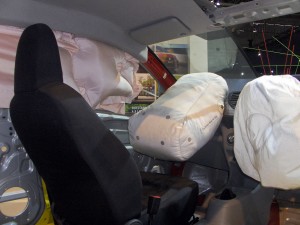 During a rollover crash, passengers were three times more likely to be partial ejected without curtain air bags.

In a partial ejection, only a portion of the body, such as the head or arm, is ejected through the side window near the occupant position. This can cause parts of the body to strike external objects or even become trapped under the vehicle and the ground during a rollover. While seatbelts are 99.8 percent effective at preventing complete ejection during a crash, they are only 38 percent effective at preventing a partial ejection.

“We had no one at all being partially ejected when the side curtain air bags went off when we focused the analysis on direct lateral near side impacts,” said lead author and HIPRC core member Robert Kaufman, B.S. He noted this was especially noteworthy given the large sample size, as the study included 24 million cases gathered from 20 years of crash investigations and research data.

In addition to looking at partial ejection rates, the study also examined the effects of side curtain air bags specifically related to upper arm injuries, as most previous research had focused on injuries to the head and upper thoracic region due to ejection.

“We went a step further to see if the side curtain air bag would eliminate these devastating upper extremity injuries, and it did,” Kaufman said.

Kaufman noted that severe soft tissue damage to the upper arm tends to carry high medical costs, and one of the next steps for the research will be a cost-benefit analysis of side curtain air bags in eliminating these injuries. Four case studies included in the paper, all of which involved severe soft tissue injuries to the upper arm, saw the acute care medical costs alone ranging from $67,000 to more than $260,000. Treatment of such serious injuries can involve lengthy hospital stays, extensive skin grafts or even partial or full amputations. 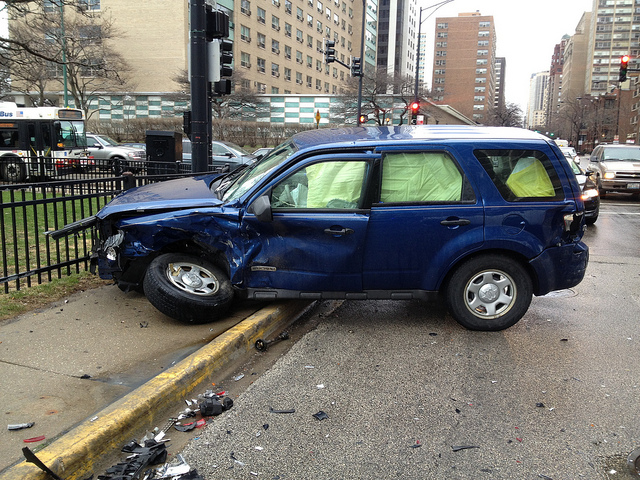 The study also noted that keeping your windows closed provided no discernable protection from partial ejections. For all vehicles, the side windows are made with tempered glass that shatters easily during impact, which creates integrity loss that can allow drivers or passengers to be partially ejected in a crash.

Side curtain air bags were introduced in vehicles around the 2000s, and they were mainly designed for protection of the occupant during a side impact. This study showed that they were also protective of partial ejection.

Safety is increasingly a key selling point on vehicles, he said, and crash analysis and research can help support the effectiveness of new restraint technologies such as side curtain air bags.

“The consumers are really drawn to the safety features and the safest car to buy. They’re not just shopping for the looks of the car like they used to,” he said.

The research was funded through the Crash Injury Research and Engineering Network of the National Highway Traffic Safety Administration.