On Jan. 10, the Washington State Legislature was one of the safest places in Washington.

More than 40 nurses, EMTs, first responders and doctors from across the state gathered at the capitol campus in Olympia for Stop the Bleed WA Legislative Day. The day was spent training legislators, staff and visitors about Stop the Bleed Washington and raising awareness of this vital campaign.

Stop the Bleed focuses on training community members to respond to life-threatening bleeding injuries. If someone is seriously injured, an immediate response from a bystander can mean life or death in the precious minutes before medical help arrives.

Immediate first response from bystanders has saved lives in several high profile mass casualty events, including last year’s Amtrak train derailment near DuPont, Washington in December or the Las Vegas shooting in October. While the national campaign was originally developed in response to mass shootings, the skills taught in Stop the Bleed can also be useful during natural disasters, after motor vehicle crashes or after accidents at home.

Stop the Bleed is a national initiative to equip as many people as possible with life-saving first aid skills and to place bleeding control kits in public buildings and gathering places. Like CPR, Stop the Bleed is a valuable skillset that the general public can and should learn. 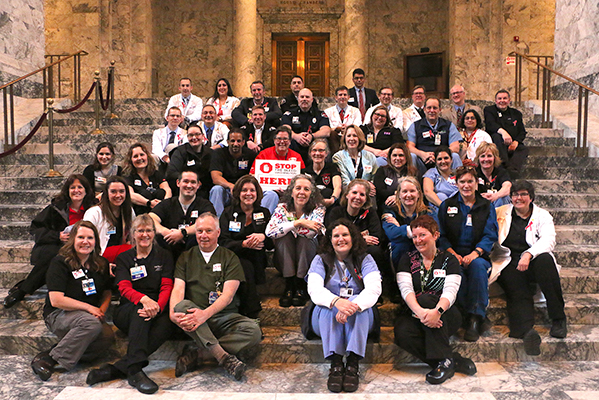